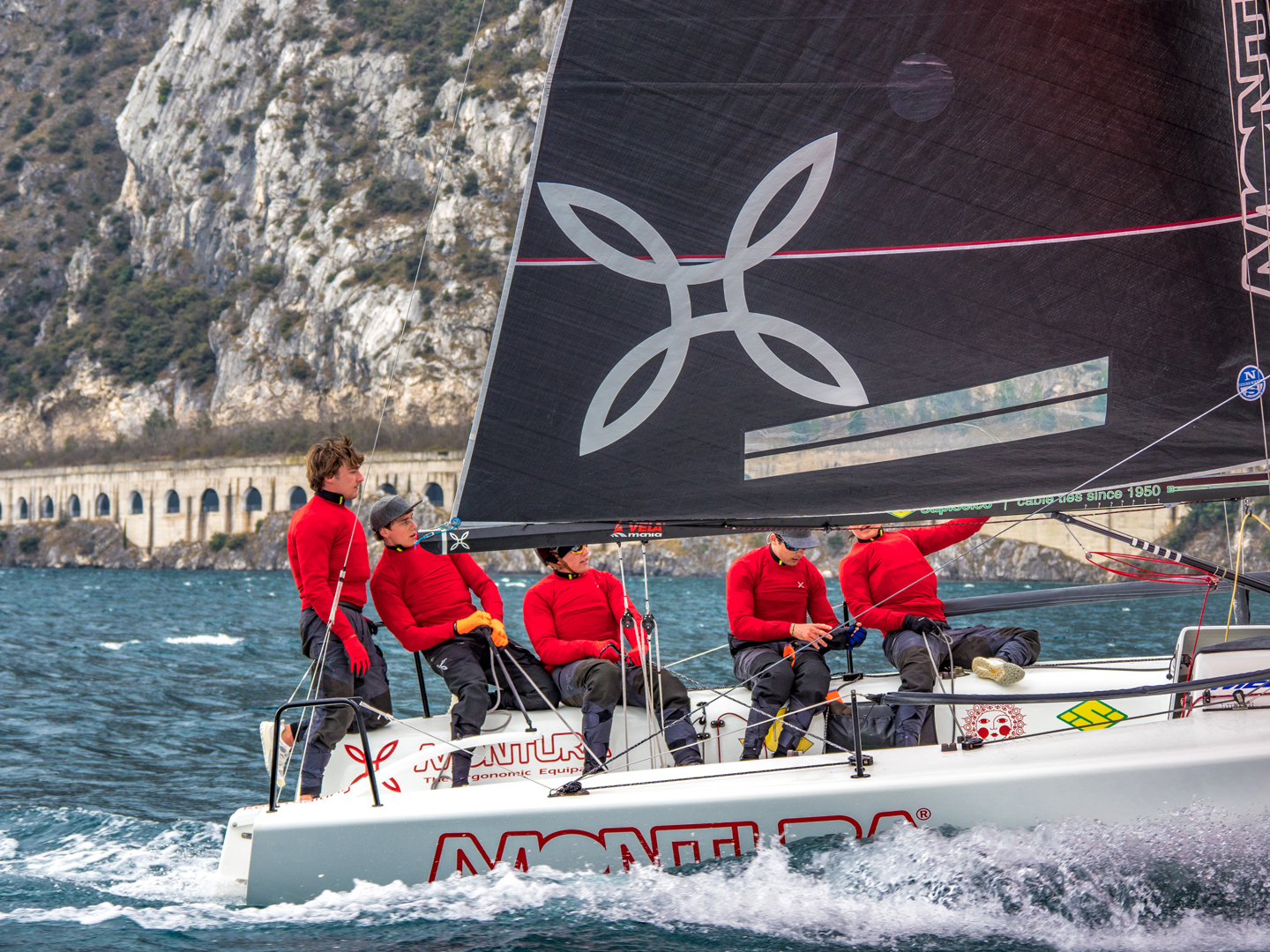 Great result obtained by the very young crew of Arkanoè by Montura in Portoroz, where the inaugural fraction of the Melges 24 European Sailing Series on the weekend 5th-7th April took place, a five-stage circuit that will lead the crews to the highlight of the season, the World Championships in Villasimius (5th-12th October).
Portoroz, Slovenia, 9th April 2019 - The participation of the Arkanoè by Montura crew at the first event of the 2019 season of the Melges 24 European Sailing Series in Portoroz ended with an excellent bronze: Sergio Caramel's crew, assisted by the very young Filippo Orvieto, has been able to interpret well the light and unstable wind conditions that characterized the weekend in the Bay of Piran, always facing the teams that have been writing the history of the Melges 24 Class for years.
In Portoroz, the three-day regattas organized by the Melges 24 International Class Association ended with a total of five racing regattas, whose pace has been always dictated by the competitive Corinthian fleet, reserved for non-professional sailors: the victory went to the Estonian Lenny by Tonu Toniste, who preceded the two world champions Taki 4 by Marco Zammarchi and the aforementioned Arkanoè by Montura by Sergio Caramel.